The Fujinon binoculars is a subsidiary of Fujifilm, a Japan-based corporation. Actually, Fujifilm is better known as the manufacturer of photography, video, TV optical devices, especially cameras. Digital cameras from Fujifilm are very well received in the Asian markets.

However, Fujinon binoculars chose a different path, by the highlights of astronomy and marine binoculars. With the strong foundation of producing casual digital cameras, we thought that the binoculars segment would focus on casual daylight outdoor activities like birding, nature observation, hunting,… It turns out that their marine and astronomy binoculars are really high quality.
Currently, Fujifilm has around 300,000 employees. Their branches lie over Asia (the Middle East and the Pacific Ocean area), NA, Latin America, Europe and some areas of Africa. Their headquarter is in Tokyo, Japan.

We have experienced both the 12×28 and 14×40 binoculars of the Techno-Stabi series line. The image-stabilization ability is very impressive under the context of tough movements.
As our research, Fuji has applied their experience and successes in producing digital cameras and interchangeable lenses to the binoculars sectors. This series has been in the market for such a while. Fuji have been updated it for improvement continuously, that’s how manufacturers should be.
To our findings, this Techno-Stabi Series is very well appreciated among the marine users community. 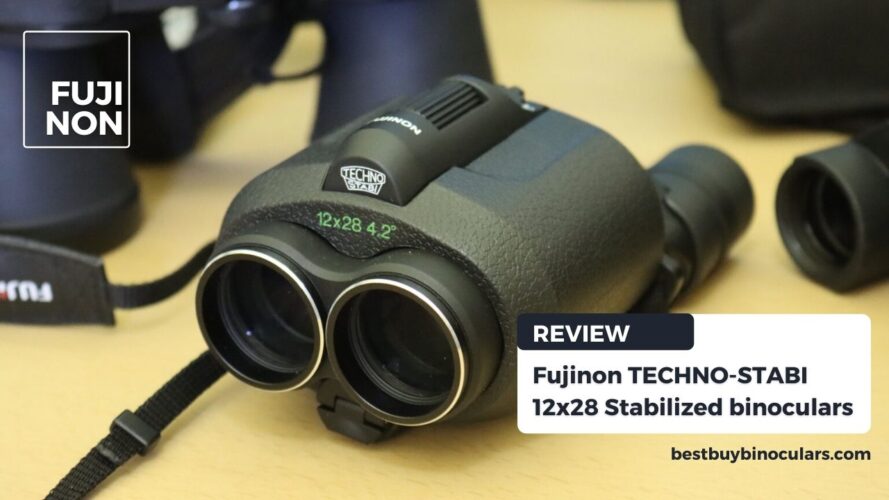 Stabilized binoculars are tough to justify. Overall, we have been quite satisfied with these Fujinon binoculars, however, there are some flaws that need to be shown. Moreover, we’re very excited END_OF_DOCUMENT_TOKEN_TO_BE_REPLACED

Hello, we are a couple love binoculars and want to share all our experience about binoculars. Let’s enjoy and please feel free to give feedback for our blog.